I don’t know if you’ve noticed but I am seeing a lot of stuff on the internet lately about conspiracies.

The same theme runs throughout them all. Someone (could be aliens, the government, Illuminati, Jesuits, Freemasons or a combination of some or all depending on who you talk to) are attacking us (by chemtrails, mind control, food additives or infiltrating educational institutions) for their own desired end (could be money or to control, enslave or even kill us). In order to fight and eventually halt this unseen menace, we must “like” and “share” many questionable websites and videos and social media posts to educate the masses.

Now, I’m not denying there might be some truth to some of what is being said on some of these sites. After all, things become believable when they contain truth. And there is a fair chunk of what these websites say that is evidence-based and independently verifiable. For example, as an ex-serviceman, I know there are things that happen in the military that would shock and horrify most of the population. However, it is how these websites take a bit of truth and then run with it that concerns me. And although there is some truth in what they say, it is in fact impossible that all of it is true. The trick to it all is trying to untangle what is true and what is rot.

Perhaps the biggest problem I have with them however is the fact that there never seems to be any good news in it all. It is all about evil and negativity and there is no real hope for change. If we think about these things for too long, it puts us in a very dark place emotionally and it also causes us to live in abject terror of the future. There are literally thousands of people who live in fear of death, perhaps by being infected by some kind of airborne pathogen, thanks to conspiracy websites. The effect on their lives is not good.

So am I a person who disbelieves in conspiracies? Absolutely not. In fact when I look around at the world, I do see conspiracy.

As I look at the food industry, the music industry, the film industry, the pornography industry, the computer game industry and the fashion industry, I see a huge number of different corporations, both large and small—the vast majority of them are motivated by the same basic underlying philosophy.

As I look around the political world, I see a huge range of things going on. I see liberals and conservatives, I see softly spoken local politicians, outspoken local picketers, protesters and dictators, both left and right—the vast majority of them are motivated by the same basic underlying philosophy.

As I look at the religious and spiritual world, I see a tremendous range of groups, practices and belief systems, everything from huge Christian churches to atheists, cults, religious orders and small spirit gatherings, and the vast majority of them are ALSO motivated by the same basic underlying philosophy.

This philosophy that underpins them all, even many who claim to be Christian, is a turning away from the God of heaven and an exaltation of self as god.

There is no way that such a huge variety of different groups could have so much in common if there were NOT some kind of conspiracy. However it is also impossible that any human group or individual could possibly syndicate so many diverse peoples and forces together for their own purposes. I believe this is not a human conspiracy at all, but actually a spiritual conspiracy.

The Bible declares in Ephesians 6:12:

Scripture tells us that beyond the world that we can see resides an invisible spiritual world where both good and evil forces war over the future of our souls. These evil forces are attempting to work behind the scenes to manipulate and control humanity and bring about its eventual destruction. It also says that there is a God of love who is continuing to fight for and defend humanity in order to save it for the glorious destiny He has planned for us.

However, the evil conspiracy’s basic philosophy of turning away from God and lifting up ourselves in His place was born in the heart of the prince of evil spirits: a being named Lucifer or Satan. Originally a perfect angel in heaven, Lucifer one day decided, “I will ascend to the heavens; I will raise my throne above the stars of God; I will sit enthroned on the mount of assembly . . . I will ascend above the tops of the clouds; I will make myself like the Most High” (Isaiah 14:13,14).

What followed was the beginning of a mighty war between good and evil which eventually found its way down to our little planet. The thing I love about God is that He did not abandon us here in this spiritual war zone. He Himself entered into it, to fight for us, and to rescue us from the clutches of evil. Colossians 2:13-15 tells us:

“You were dead in your sins and . . . God made you alive with Christ. He forgave us all our sins, having cancelled the charge of our legal indebtedness, which stood against us and condemned us; he has taken it away, nailing it to the cross. And having disarmed the powers and authorities, he made a public spectacle of them, triumphing over them by the cross.”

The Bible says that all of us have in some way, great or small, turned away from God and lifted up self. In this way we have joined Lucifer’s rebellion and he claims us as his own.

But because of His great love for us, Christ came and died on the cross to take the punishment for our rebellion. If we ask Him, He will forgive our sins and rescue us from the clutches and control of the evil one. He then makes us partakers in the victory that He won over Satan at the cross! One day He will return to rescue us from this painful world, and to take us to be with Him forever!

“All humanity is now involved in a great controversy (war) between Christ and Satan regarding the character of God, His law, and His sovereignty over the universe. This conflict originated in heaven when a created being, endowed with freedom of choice, in self-exaltation became Satan, God’s adversary, and led into rebellion a portion of the angels. He introduced the spirit of rebellion into this world when he led Adam and Eve into sin. This human sin resulted in the distortion of the image of God in humanity, the disordering of the created world, and its eventual devastation at the time of the worldwide flood. Observed by the whole creation, this world became the arena of the universal conflict, out of which the God of love will ultimately be vindicated. To assist His people in this controversy, Christ sends the Holy Spirit and the loyal angels to guide, protect, and sustain them in the way of salvation” Fundamental Belief 8 (Revelation 12:4-9; Isaiah 14:12-14; Ezekiel 28:12-18; Genesis 3; Romans 1:19-32; 5:12-21; 8:19-22; Genesis 6-8; 2 Peter 3:6; 1 Corinthians 4:9; Hebrews 1:14).

The great Protestant reformer Martin Luther (a German monk who lived in the 1500s and founded the Lutheran Church) is credited with rediscovering the truth of the gospel in the Bible after it had been trampled on and lost by the Church during the Medieval period. He rediscovered Christ’s victory over Satan, sin and death. He rediscovered the truth of God’s love and grace towards humanity. When he found these truths in the pages of Scripture, he immediately began to preach them and thousands learned to know and accept a God of love.

Satan was not happy with Luther’s work. One day, Luther was working at his desk when Satan suddenly appeared to him personally. In his hand, Satan held a list of every sin Luther had ever committed. It was a thick document. Satan immediately began to attack and condemn Luther. “How dare you presume to preach!” he cried. “Look at all this sin in your life!” Luther could not deny that he was guilty, and began to despair. However, he noticed that Satan was covering something on the document with his hand. “Move your hand,” Luther commanded. Satan complied, and there on the document were written the words, “These sins are forgiven because of the blood of Jesus.” Upon reading this, Luther took courage and, picking up his ink-well, hurled it at Satan who immediately disappeared.

For many years, Reformation tours would be shown the smear of ink on the wall where Luther threw his ink-well at the devil. It was not long after this that Martin Luther wrote the awesome hymn “A Mighty Fortress is Our God”. These are the lyrics to the second and third verses:

“Did we in our own strength confide,
Our striving would be losing;
Were not the right Man on our side,
The Man of God’s own choosing:
Dost ask who that may be?
Christ Jesus, it is He;
Lord Sabaoth His Name,
From age to age the same,
And He must win the battle.
And though this world, with devils filled,
Should threaten to undo us,
We will not fear, for God hath willed
His truth to triumph through us:
The Prince of Darkness grim,
We tremble not for him;
His rage we can endure,
For lo! his doom is sure,
One little word shall fell him.”

By calling on God, we have access to the powerful victory of Christ over our spiritual enemy.

Daniel Matteo is youth director and pastor for the Tasmanian Conference. 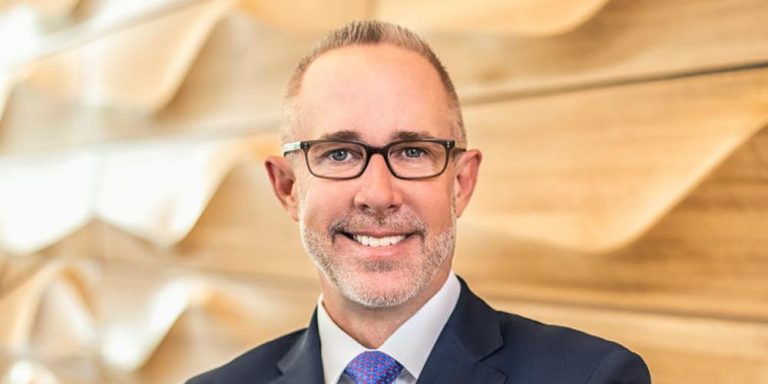 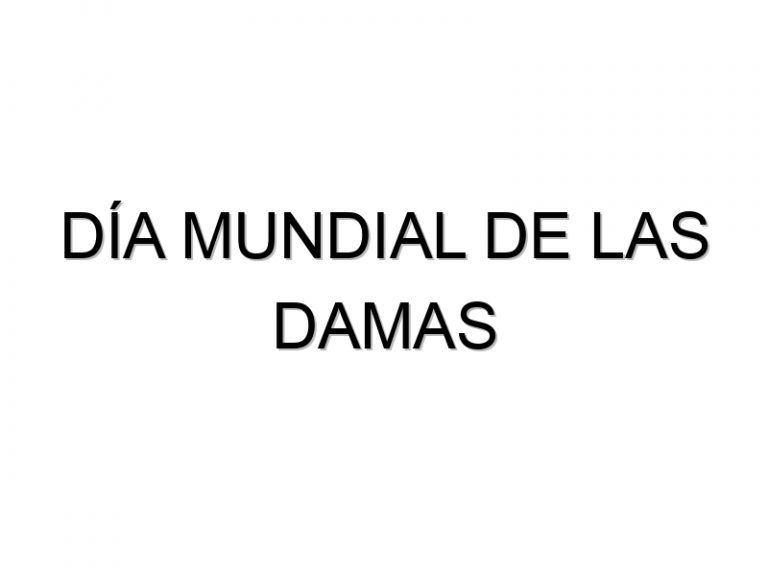 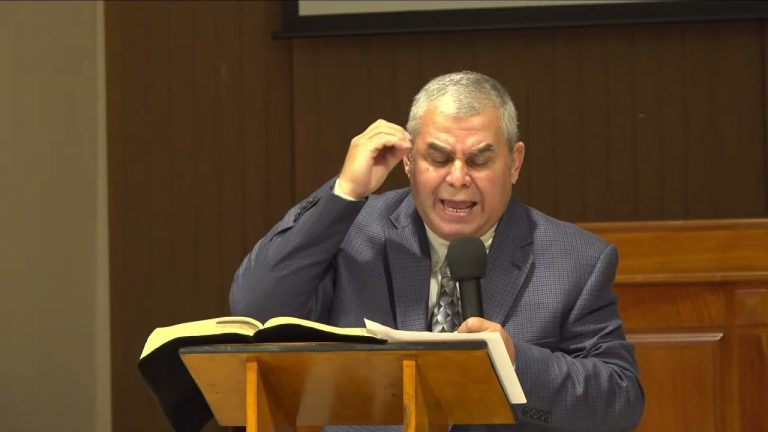 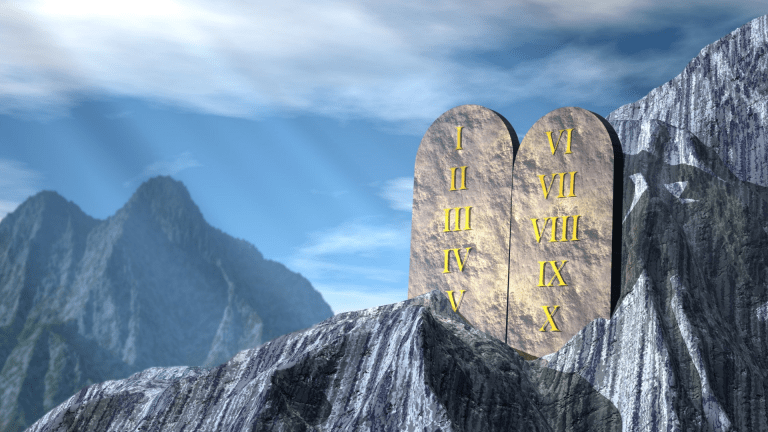