I’m trying to teach myself Japanese.

I’ve been interested in the land of the rising sun because of its cuisine and culture for a little while, so I decided if I were ever to visit I would like to know a little of the language. I got myself a couple of books and some handy apps to teach myself.

It turns out that Japanese is one of the harder languages to learn. As opposed to our English alphabet of 26 letters, written Japanese is constructed using two syllabaries. Each of them has around 46 characters, and in addition there are thousands of individual Kanji to learn, which are logographic pictures with different meanings. The US Foreign Service Institute has the role of teaching foreign languages to US Government employees posted overseas and according to them, the hardest languages to learn for an English speaker are Arabic, Cantonese, Japanese, Korean and Mandarin Chinese. (If you were wondering, the easiest are Danish, French, Italian, Spanish and Swedish.) The average time to learn Japanese as taught by the professionals in the Foreign Service Institute is 88 weeks. I started to worry that my app and I might take a little longer. Funnily enough, it reminded me of a story in the Bible.

A group of believers are sitting around feeling uncertain. Jesus has been resurrected but is now gone, taken up in the clouds and there’s a feeling of “Now what?” in the room. Suddenly, everyone hears a noise like that of a loud wind and as they are sitting there something like a flame appears and then splits into little flames, resting on one of those present. Then out of nowhere they start speaking in other languages, so they do the logical thing: burst out onto the streets, telling people the story of Jesus. The language barrier isn’t there anymore, so they speak freely to people they could never communicate with before. I wish I could get something like that to learn Japanese!

The language biblical author Luke uses to describe what happened in that room is metaphor and analogy—it was “like” a wind and “like” a flame. This is the story of the Holy Spirit coming to the early church and giving them what they needed to share the message of Jesus. The language Luke uses in the book of Acts is as close as he can get to describing what happened. When God moves and does things, it can be hard to describe, but what is not in doubt is that God was there.

Often the Holy Spirit is elusive, hard to define. The Spirit of God is written about everywhere through the Bible but is harder to connect with than a Heavenly Father or a Saving Son. But Jesus had told His disciples, “And I will ask the Father, and he will give you another advocate to help you and be with you forever—the Spirit of truth. The world cannot accept Him, because it neither sees Him nor knows Him. But you know Him, for He lives with you and will be in you” (John 14:16, 17).

So, when Jesus spoke about the Holy Spirit, He wasn’t referring to some ineffable, intangible spirit but instead intended that the presence of God in the person of the Holy Spirit would be given to those who were believers after He had gone. That’s what we see happening in that room with the disciples—the Holy Spirit arriving in a powerful way! So, what was the Holy Spirit getting up to in there?

When the Holy Spirit gave the gift of languages to the disciples on that day in the room, they didn’t stay in the room; they got out to tell people about Jesus. The Spirit gives us gifts for a purpose. That purpose is to do the work God has given us and build God’s church up. That’s not to say it means languages is the only gift given. There are a few places in the Bible that talk about different gifts. 1 Corinthians 12 says some of those gifts include having wisdom and strong faith. Healing is mentioned, as well as other miracles and sharing prophecy from God. The apostle Paul even says that each of us will receive our own unique gift. Also, each of us will be given different gifts. Paul says, “There are different ways the Spirit works. But the same God is working in all these ways and in all people”(1 Corinthians 12:6).

The Holy Spirit isn’t only about helping others but also about changing us in a meaningful way. John, one of Jesus’ disciples, says, “But the Father will send the Friend in My name to help you. The Friend is the Holy Spirit. He will teach you all things. He will remind you of everything I have said to you”(John 14:26).

I didn’t really understand what that meant until one day I was driving home from work. There on the side of the road was someone slowly pushing their car along, then suddenly jumping in the car and trying to start it. They hadn’t got it started by the time I came alongside, so I wound my window down and offered help. Soon the two of us were belting down the road pushing his car as fast as possible and quickly he got his car started and running because of my help. I was relieved but also a little proud I had done a good thing and helped someone in need. As I drove the rest of the way home I realised I was looking forward to telling my wife about the encounter so I could impress her and show off my good behaviour a little.

Then words popped into my head that I hadn’t read for a long time from the Bible, these words from Matthew 6:1: “Be careful not to practise your righteousness in front of others to be seen by them. If you do, you will have no reward from your Father in heaven.” I knew exactly what it meant. I shouldn’t show off in front of my wife. In fact, I should keep my mouth shut and never talk about it. If I boasted it meant that I had my reward for it, and in my heart I knew it would be better to do a good deed for the right reasons, not just to show off.

Once I got home it took me about fifteen minutes before I buckled and told my wife about the man I had helped. I thought I was going to feel good, but instead I realised I had let myself down. I determined from then on to keep my good works quiet and not to do them for praise but for the sake of doing good in the world alone. The Spirit had reminded me how to act and I hadn’t listened, but it would have been better if I had! If you hear that voice inside telling you the right thing to do I encourage you to listen it just might be the Spirit.

As well as guiding and gifting, the Spirit is also called “the Comforter”. Jesus calls the Spirit our “Friend” or “Companion”—Someone who will always be with us and never leave us. This year is my 20th wedding anniversary and knowing my wife is my constant companion gives me a sense of security. Often we can read each other’s thoughts, and like most couples, have a shorthand with each other. We can say volumes to each other without a word because we know each other so well. The Spirit is also my companion and, remarkably, knows me even better than my wife. It is an enormous comfort knowing that God is interested in my life and wants to be a daily companion in my journey.

Today I left my watch at home. I’m in the habit of wearing it so when I was halfway to work I noticed my wrist felt funny. It was too far to turn around to go back for, so all day I’ve been looking at my wrist expecting my watch, but it has not been there. I think the Spirit can sometimes escape our notice until He isn’t there any more. Maybe you don’t feel the Holy Spirit is with you. Well, the good news is you can ask for the Holy Spirit. “You are sinful and you know how to give good things to your children. How much more will your Father in heaven give the Holy Spirit to those who ask Him?” (Luke 11:13).

While the Spirit hasn’t yet given me the gift of languages, I know He has given me many other things and He can give those things to you too if you ask. So why not ask today?

Justin Bone supports and trains pastors and congregations around Victoria, Australia, for the Seventh-day Adventist Church. He is passionate about helping people understand the Bible better.

The post Learning the language of faith appeared first on Signs of the Times. 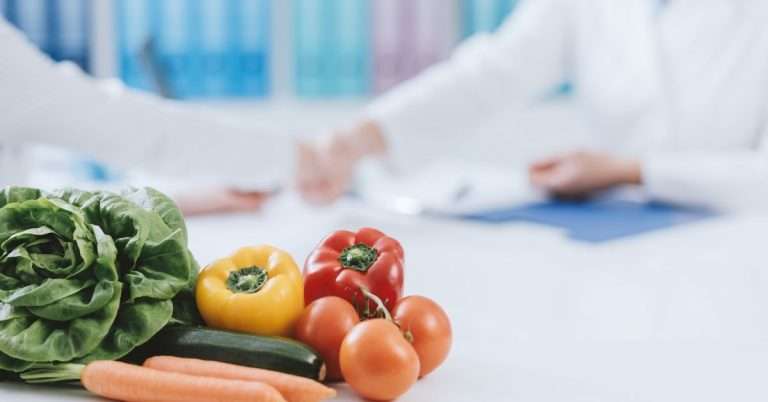 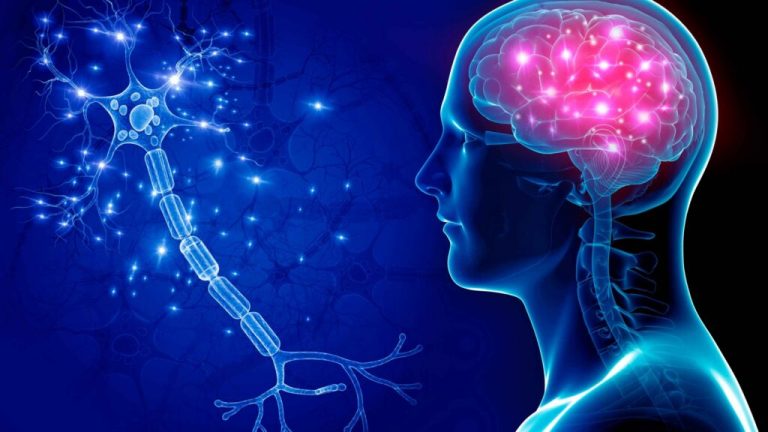 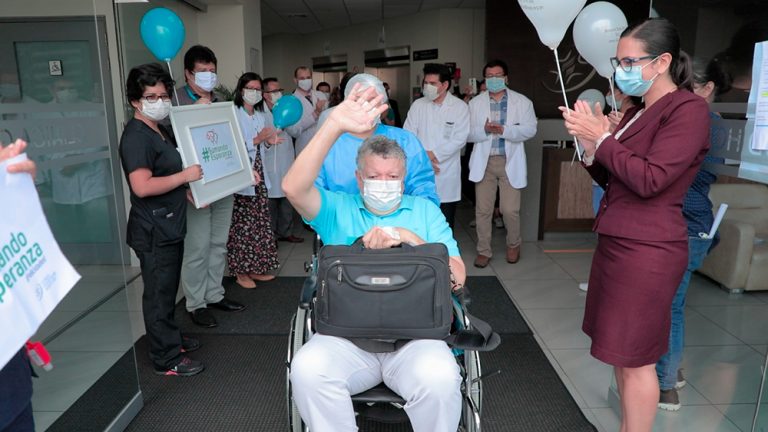 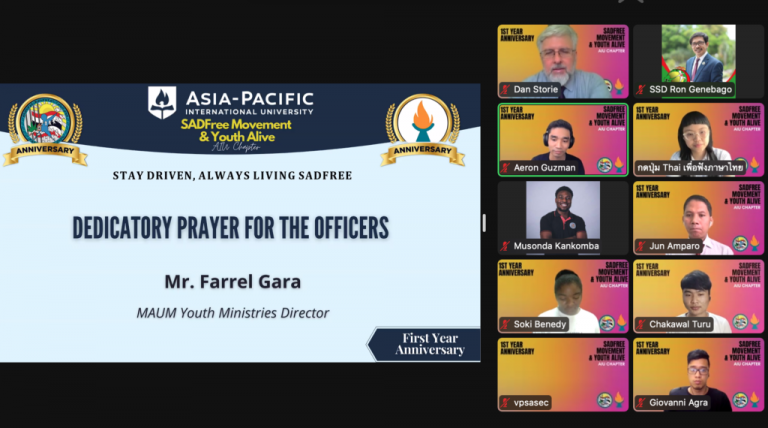